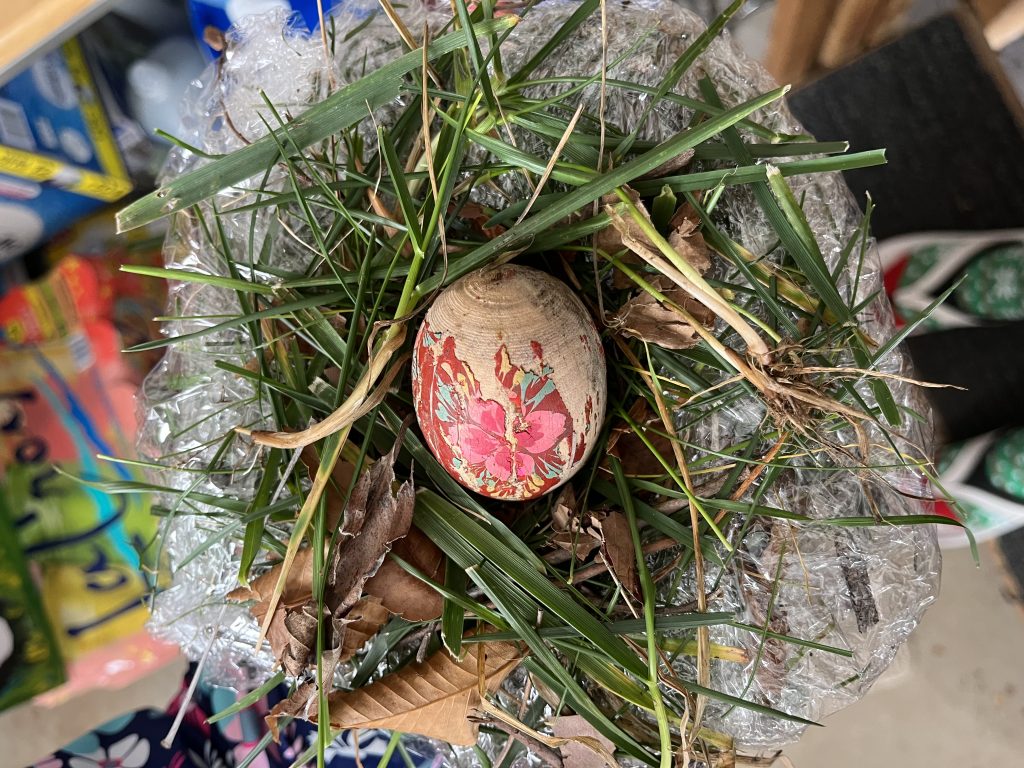 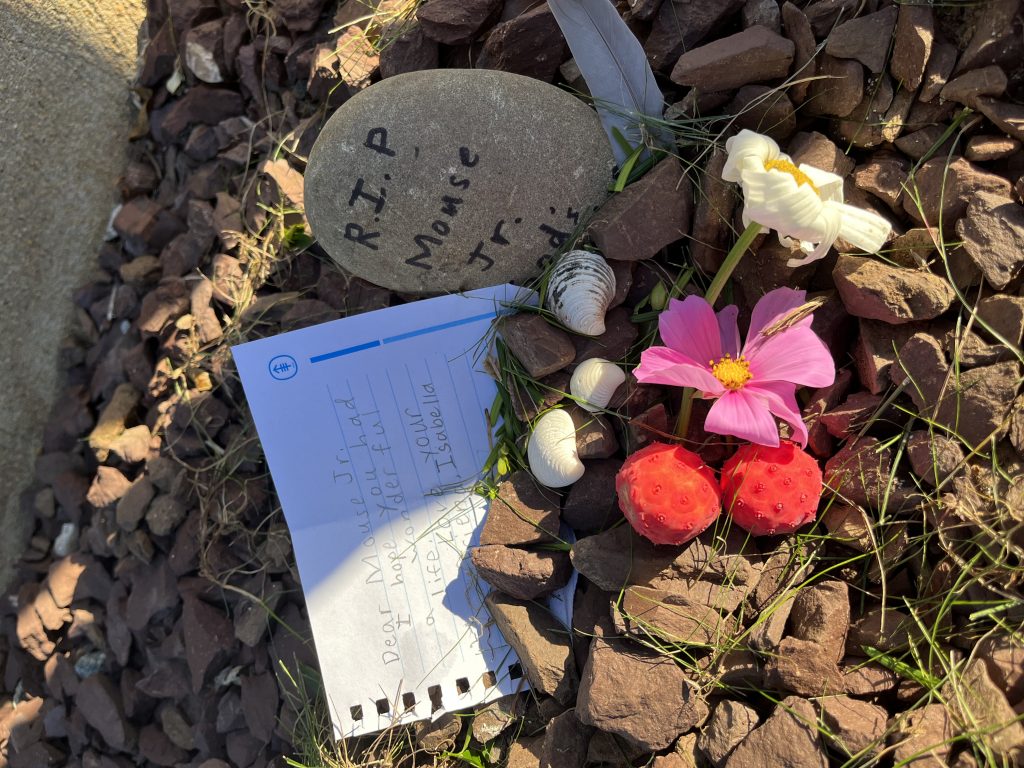 I went outside to play one day and saw all the flies munching on a baby mouse that had drowned in a bucket of water outside my house. I believe every creature deserves to rest in peace, so I dug a small hole in the dirt to bury the mouse, who I named Mouse Jr., and covered him with dirt and rocks. Then I decorated his grave with shells, flowers, berries I found on my tree, and a feather, and found the biggest rock to use as his gravestone. I also wrote him a letter while I was at the park.

I gathered a bunch of sticks, formed the sticks into a circle, and wrapped saran wrap all around the sticks to make it look like a nest. Then I put dried-up leaves, grass, and sticks on top of the saran wrap to make it into a warm home for any birds visiting my house. I placed a rock in the middle of the nest to make a dent for the birds to sit in. Then I added the egg because it looks cool. My daddy found the egg in the leaves when he was raking our yard. I don’t know where it came from, but I think it’s neat.

Isabella is 8 years old and in third grade. She enjoys art in all shapes and sizes–drawing, painting, singing, writing poetry–and she’s even going to start guitar lessons in a few weeks! Isabella loves animals, nature, swimming, gymnastics, and food, especially pasta. She wants to be a poet, a veterinarian, and a mom when she grows up.